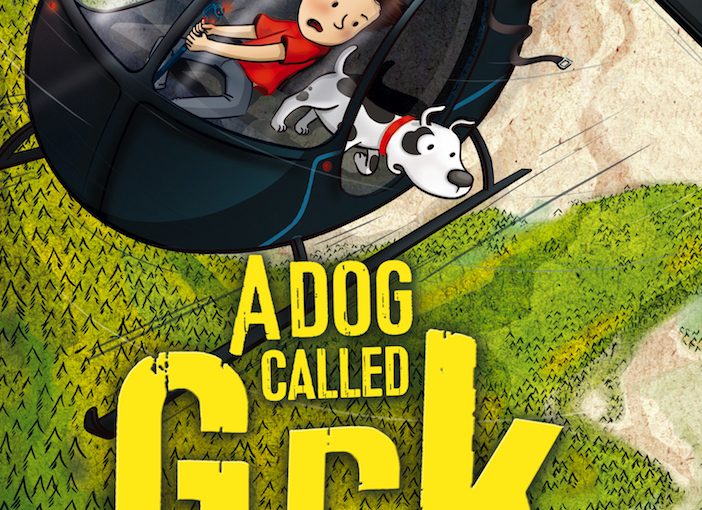 There are eight Grk books, each set in a different country. There is no particular need to read them in the correct sequence, but this is the order in which I wrote them:

A Dog Called Grk
A boy called Timothy Malt is walking home from school when he finds a lost dog. That dog is called Grk. Together Tim and Grk travel to Stanislavia, a small country in Eastern Europe, and try to find Grk’s owners.

Grk and the Pelotti Gang
In Brazil, Tim and Grk chase a gang of bank robbers.

Grk and the Hot Dog Trail
In New York, Tim and Grk follow the trail of a missing statue, the Golden Dachshund.

Grk: Operation Tortoise
In the Seychelles, Tim and Grk save the giant tortoises.

Grk Down Under
In Australia, Tim and Grk tussle with the infamous Red Jelly Gang.

Grk and the Phoney Macaroni
In Italy, Tim and Grk meet the mysterious Duke of Macaroni.

A Dog Called Grk, was shortlisted for the Branford Boase Award and won the East Sussex primary schools books award; Grk and the Pelotti Gang was shortlisted for the Blue Peter Book Awards in the “The Book I Couldn’t Put Down” category. The Grk books have been on the Booked Up Scheme and the Boys into Books list. The series has been translated into twelve languages.