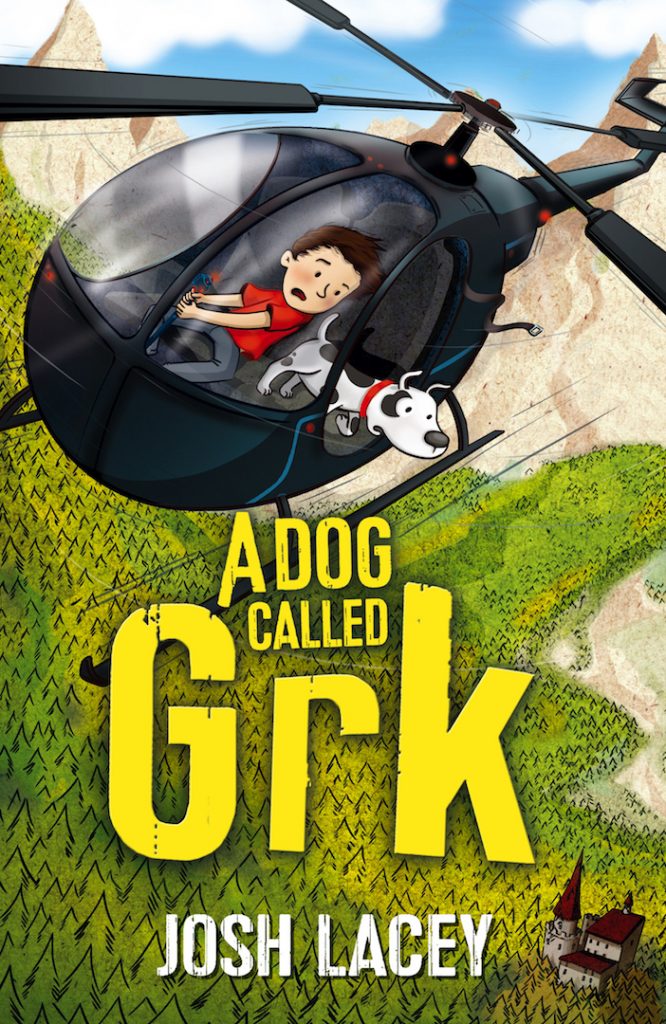 Here are some reviews of A Dog Called Grk:

Touching, crazy and smart.
The Times

A really great story for all who long for adventure.
The Northern Echo

A Dog Called Grk is a traditional adventure story in the best sense of the phrase… told in a sprightly style, full of dry wit and understatement. [Josh Lacey] stage-manages his plot with lightness of touch, and the novel mixes high tension – on both a domestic and international scale – with farce, in a story with a heart-warming core. Those who enjoy Anthony Horowitz and Malcolm Rose’s new Traces series will find common ground, but the originality of the writing and plotting ensures they’ll get more for their money than they might expect.
Lindsey Fraser, The Bookseller

Anyone whose child is just a bit too young for Anthony Horowitz’s Alex Rider series, or who is looking for another spy story, should buy this. It is really funny, well-written and gripping, with an awareness of evil that makes the jokes sharper…. Perfect for 7-10 year olds, although you’d probably best avoid it if they want a dog, because Grk is so thoroughly adorable.
Amanda Craig

Timothy Malt is a very ordinary 12-year-old London boy on the day he finds a small, hungry black-and-white dog. Though his busy parents plan to take the stray to the Battersea dog home, Tim’s strong sense of justice propels him on a journey to the tiny Eastern European country of Stanislavia to return Grk to young Natascha Raffifi, the daughter of the former ambassador to Great Britain. Unfortunately, evil Colonel Zinfandel has deposed the democratically elected president and taken over Stanislavia, imprisoning Natascha and her brother and killing their parents. Tim steals a military helicopter, finds the imprisoned children and, with help, escapes over the border. By turns lightly comic and cinematically adventurous, the plot zips along nicely with tongue firmly in cheek and with the resourceful young protagonist poised for more in the upcoming sequel.
Kirkus Reviews

With spy adventure novels gaining in popularity for intermediate readers, [Josh Lacey] has hit the mark with A Dog Called Grk. Short chapters and the staccato style of the author’s writing keep the plot moving at a rapid pace. The novel doesn’t shy away from portraying true evil, including brutal deaths, but it is balanced with humor and the undying bravery of its child characters. Already a popular series in Great Britain, the adventures of Tim and Grk will give young American readers a good reason to sit, stay and curl up with an entertaining book.
Bookpage