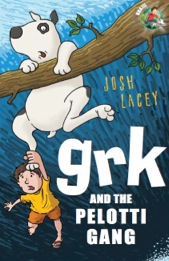 [Josh Lacey] combines lightness of spirit with a sense of the dark things that adults to do each other.
The Times

Infectious mix of thrills, spills and off-the-cuff humour.
The Scotsman

This is high adventure grounded in real information about places… Alex Rider for middle-school children.
The Sunday Times

[Josh Lacey] is not the first contemporary author to prove that the spirit of the children’s gang is alive and well, but few have done it with such confident, bright stylishness. His first two Grk books tap directly into the great tradition of children’s gang fiction. The first, A Dog Called Grk, shortlisted for the Branford Boase award for first novels, was good. The second is better still.
Times Educational Supplement

A boy, a dog and a trio of notorious Brazilian bank robbers are the ingredients for this fast-paced sequel to A Dog Called Grk. When the Pelotti brothers resume robbing Brazilian banks, 12-year-old Timothy, his dog Grk and his Stanislavian friends Max and Natascha fly from England to Brazil to capture them. Instead, Tim is kidnapped by Zito, a young slum-dweller, and the two, plus the dog, set off to follow the robbers from their favela hideout to a remote jungle landing strip and on to a river launch near a dangerous waterfall. Grk proves his worth, biting fiercely at the appropriate moments. But it’s Tim whose determination brings about the satisfying conclusion, made even more satisfying when he turns his reward check over to his needier Brazilian friend. Woven into the action is an introduction to the stark economic contrasts in Rio de Janeiro. Pure adventure fun, new readers will want to go back to the first instalment and look forward to the promised third.
Kirkus Reviews 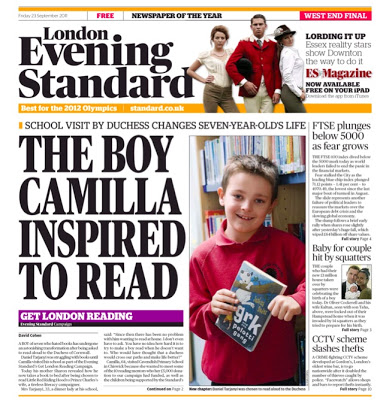