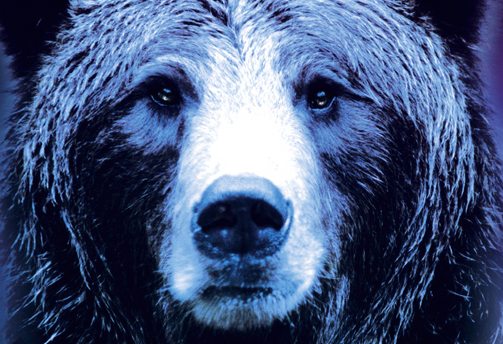 I’m selling signed copies of Bearkeeper for £9 (including UK postage). Please email me if you’d like to buy it.

A boy and a bear in the dark and dangerous streets of Elizabethan London.

Bearkeeper is a novel about a boy and a bear in Shakespeare’s London. The book was shortlisted for several awards and got great reviews, including my favourite review of all time, which came from a young reader:

“I think Bearkeeper is the best book in the world.”

The reviewer in the Financial Times wrote: “Bloody, brutal and bold, Bearkeeper informs as it entertains and intrigues as it enlightens.”

BFK Books said: “A brilliant children’s book for eight year old and upwards. Josh Lacey’s Bearkeeper is fabulous. The spirit of the book is wonderful, and so are all the characters.”

Bearkeeper was published ten years ago. Despite great reviews and an enthusiastic response from readers, the publishers decided not to keep the book in print. Teachers often got in touch to say that they were using Bearkeeper as part of a term’s work on Shakespeare and/or life in Elizabethan England. Readers asked where they could get a copy. Until recently, I had to say that they would need to buy it second-hand or borrow it from a library. Finally, prompted by a query from a school that wanted enough copies for both classes in year 5, I started researching printers to see if I could reprint it myself. To my surprise, the whole process has been amazingly quick and straightforward. So you can now buy Bearkeeper directly from me.

I’m selling signed copies for £9. Please email me if you’d like to buy it.

The cost covers postage and packing in the UK. Get in touch if you’d like a price for postage to anywhere else in the world.

Bearkeeper is also available as an ebook. You can buy it from amazon.co.uk or amazon.com.

I’ve written a short article explaining why I wrote Bearkeeper and my research for the book. You can read it here.

“A vivid, unusual portrait of boyhood in Shakespearian England.”
The Daily Telegraph

“An enthralling introduction to 17th-century England.”
Books for Keeps

London in 1601 is the setting for Josh Lacey’s Bearkeeper. The thronging citizenry and sewery stench of the capital are brought to stark, vivid life as he tells the story of Pip, a country boy who leaves his village home to seek the father he has believed to be dead for seven years. For a time Pip falls in with the denizens of the Globe Theatre – Shakespeare included, of course – but it’s when he takes custody of a fighting bear that he discovers his true calling, as well as a chance of saving his dad from a gang of vicious debt collectors. Lacey inserts brief segments of history lesson into the narrative, but in such a way that they don’t intrude and instead make the past more tangibly real to readers: he comments on the lack of police in the 17th century or compares a journey that takes 20 minutes by train now but back then was two days’ walk. Bloody, brutal and bold, Bearkeeper informs as it entertains and intrigues as it enlightens.
The Financial Times

“The delights of the story and setting come through strongly in a most engaging and powerfully dramatic adventure… We recommend it firmly.”
The Bookbag

“Boys of 9+ will love Josh Lacey’s Bearkeeper… Pip is someone that every boy will identify with… Like C.S. Lewis, Lacey addresses his readers in informative asides that some will find reassuring and others irritating. But the humour and wisdom of his tale will win him new fans.”
The Times

“Josh Lacey brings alive Elizabethan England, especially London, with the relish of a tour guide… Bearkeeper is a well-told story with a strong sense of time and place. Pip is drawn with engaging sympathy as a growing lad trying to make his way honourably in a brutal world… this is a highly enjoyable read that firmly hooks into the turn of the 17th century, triggers interest in Shakespeare’s plays and makes you pause to think about cruelties humans inflict on animals, now as well as then.”
The Guardian

“Perfectly-pitched historical novel which depicts the down-side as well as the excitement of living in Shakespearian England.”
Chris Powling, Classic FM

“Bearkeeper is about an Elizabethan boy called Pip. who goes to London in search of the father who he’d thought was dead, and also a man called the Weasel who has stolen all of his family’s money. London is a horrible, smelly place where people throw the contents of their chamber-pots out of windows and Pip has to scavenge for food in a rubbish dump. He has lots of adventures, including a trip to the Bear Garden and an audition to be an actor at the Globe Theatre. Josh Lacey tells you interesting things about the time Pip lives in and I liked this a lot, although there’s a very violent bit where a dog is torn to pieces by a bear.”
Leo Taylor, The Independent

“A brilliant children’s book for eight year old and upwards. Josh Lacey’s book Bearkeeper is fabulous. The spirit of the book is wonderful, and so are all the characters… This book is lively, thought provoking and also has a moral strain running through it, which you will need to seek out yourself. I loved the book, the way it is written and the outcome.”
BFK Books

“I well and truly enjoyed reading this book, staying up on school nights reading it under my blanket, just wanting to know what is going to happen next.”
Reader review on Google Books

“Bearkeeper is a rip-roaring adventure, packed with the sights and sounds of Elizabethan England, which interweaves the author’s own explorations of the same territory with delightful cameos of Shakespeare and his contemporaries.”
The Rough Guide to Shakespeare, Andrew Dickson

I have had many letters from readers about Bearkeeper. Here are a few of the things that people have said:

“I have read Bearkeeper and I loved it. It was breathtaking, exciting, thrilling. It was awesome! It is the best book I have read.”

“I am writing to tell you your book, Bearkeeper, gave me goosebumps when I read it. It was so exciting, I wanted to keep reading it but it was past 9 o’clock, my bedtime. The book was so good I got my mum to read it, then my nanny and now my sister. We talk about it at the dinner table, telling my dad what just happened. He wants to read it next.”

“I am very pleased with the book Bearkeeper. Me and all my class love the book so much. It is an excellent Tudor story set in London.”

“I am writing to tell you how much I enjoyed Bearkeeper. It was excellent! I loved the ending. It had a great mix of comedy, drama and action all in one. Wow!”

“I think Bearkeeper is the best book in the world.”